The government has launched the next phase of its public information campaign about Coronavirus with two ads featuring chief medical officer Chris Whitty, and we’re pleased to have been able to do our bit in helping make these shoots happen.

We have been lucky to work to build a fantastic relationship with MullenLowe on some great campaigns recently, including an ad for Bupa Care Homes, directed by Laurence Dunmore and a global campaign for TRESemmé directed by Kim Jacobs. Both of which were traditional TV advertising projects. The latter of the two was a job with plenty of prep, five shoot days in Cape Town and seven TV spots being delivered in all.

Off the back of those successes, MullenLowe brought us in for production on both Coronavirus Update ads. The first of the two spots, directed by David Barr, was briefed with three days to prep. It was a ‘simple’ PTC but needed exceptional attention to detail and consideration given the gravitas of the message. We had a full commercial crew build a mini studio within The Department of Health & Social Care offices, ready to film with Chris Whitty at any given moment, due to his ever-changing schedule during the crisis.

The second spot, which we shot on Monday this week was of equal importance, but this time we had just four hours to pull it together. We were called by MullenLowe at 10AM and we had a crew set up and ready to shoot with Chris Whitty at 2PM that same day. Of course our crew was much smaller, as was our lighting package, but what I was pleased to see was our ability at Kode to adjust our approach quickly to answer the brief. The ad was then released on TV and online 24-hours later.

At the point of shooting the second ad, social distancing was a key piece of information we knew we had to follow, so we stripped the crew right back. Just 5 of us were on set from Kode. We had a very small camera and lighting package and cleaning wipes and hand sanitiser were in constant use. At the end of the shoot the rushes were couriered to the editor who was working remotely and grade and post were also done remotely overnight by Cheat, all managed by MullenLowe. Together we adjusted our approach to production and our workflow though to delivery.

We're sending positive energy to all our friends and colleagues across the industry; hoping you’re all finding ways to collaborate and create at this time. 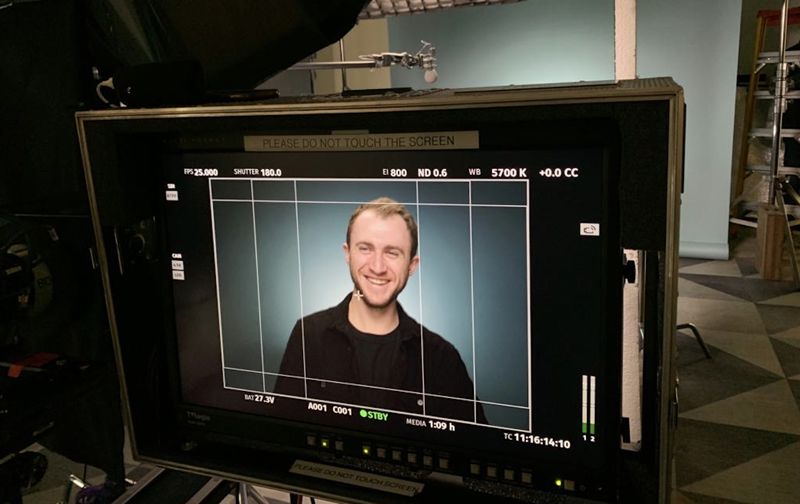